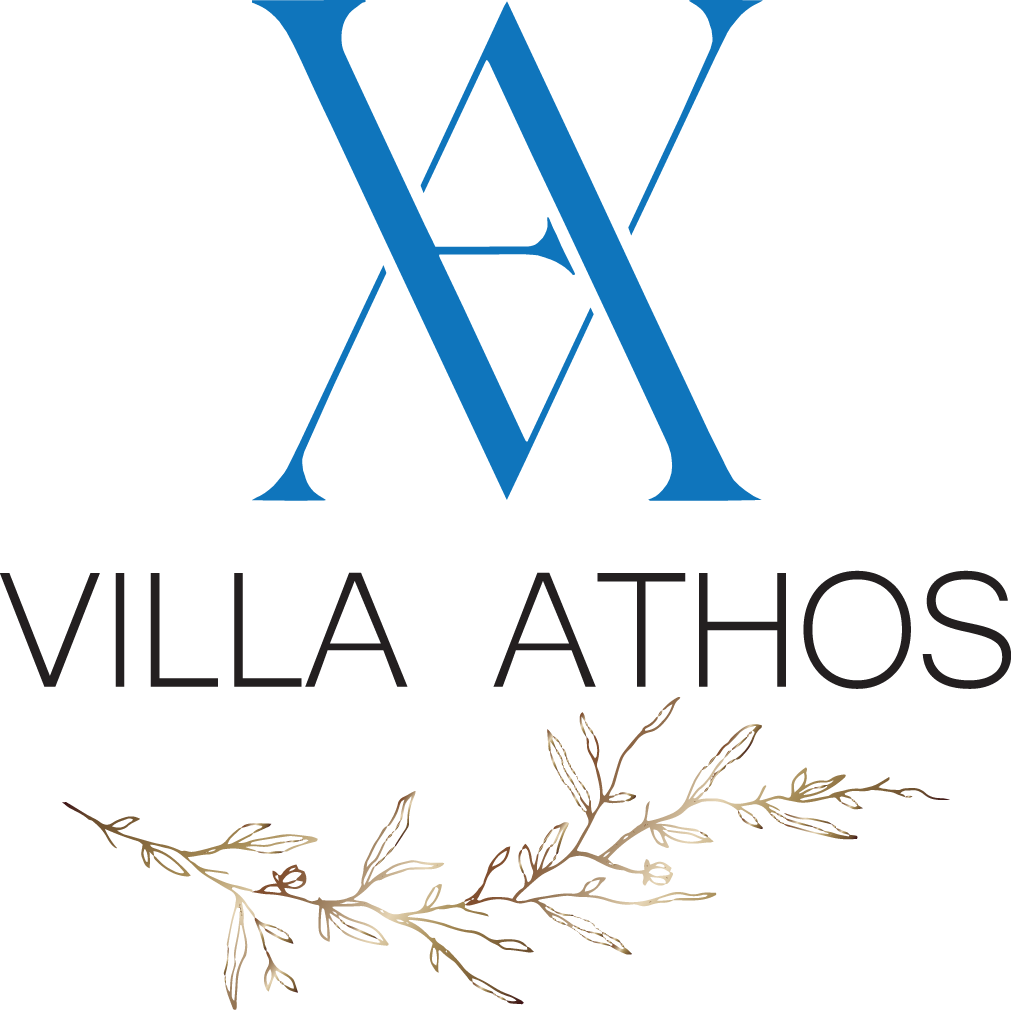 Our Villa took its name from the Giant Athos, who, in Greek mythology, was born when Ouranos (Uranus), the Ancient god of the Sky, fertilized Gaea, goddess of the Earth. Giant Athos was reputed for his generous hospitality, as he used to treat the Olympic Gods to splendorous parties, until conflict arose between them and the Giants. According to the same cosmogony myth, the subsequent battle known as Gigantomachy formed the utopian landscape we now call the Mediterranean Sea.

Our luxurious residential compound is located in that very idyllic Mediterranean setting in the region of Danilia, near the picturesque village of Bouas, where famous Hollywood films have been filmed. Villa Athos is the ideal place for those willing to enjoy the tranquillity of Corfu nature along with the elegant luxury and intimacy of an almost 1.000 square-meter private residence.

Being only 8 kilometres from Corfu town and surrounded by a large gated garden, Villa Athos stands out for its extensive plan and is able to satisfy even the most demanding visitor.  Its minimalistic interior aesthetics are centred around the discrete stone palette, and accompanied by all the modern amenities and state-of-the-art hospitality services.